This enchanting June birthstone originates from oceans, lakes and rivers around the world. It is a timeless wardrobe staple, beloved by women of all ages. The origin of Pearls fascinated our forebears. Ancients from the Middle East believed that Pearls were teardrops fallen from heaven. The Chinese fancied that the June birthstone came from the brain of a dragon. Christopher Columbus and his contemporaries thought that molluscs formed Pearls from dew drops. Pearls have long been associated with purity, humility and innocence. So it may be said that the meaning of the June birthstone is "sweet simplicity". As such, Pearls were traditionally given as a wedding gift. Saltwater cultured Pearls are grown in many areas around the world. Akoya cultured Pearl farms are primarily found in Japan and China, especially along the southern coasts of Guangdong and Guangxi provinces. South Sea cultured Pearls are farmed from the northern coast of Australia throughout Indonesia to the southern coast of South-East Asia, with large operations in the Philippines as well. The Gambier Islands and the Tuamotu Archipelago, both part of French Polynesia, are two locales where the rich black Tahitian Pearls are cultured. Pearls are 2.5 to 3.0 on the MOH's Scale of hardness, so they are a comparatively soft gem and require special care. 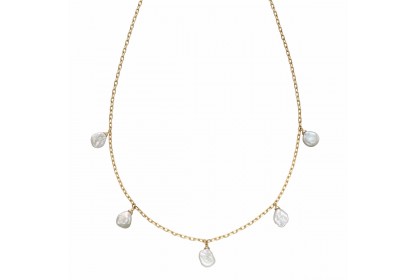 Made with elegance and individuality, this yellow gold necklace with 5 keshi pearl charms makes a be.. 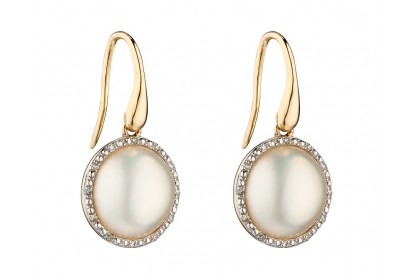 Mabe Pearl and Diamond earrings featuring a round white Pearl and 12 pave Diamonds in each earring, .. 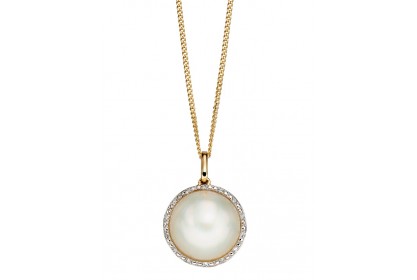 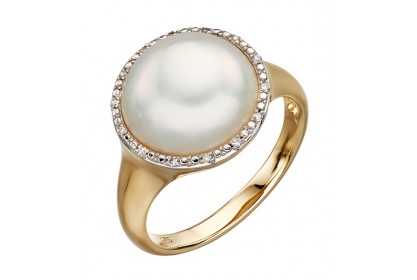 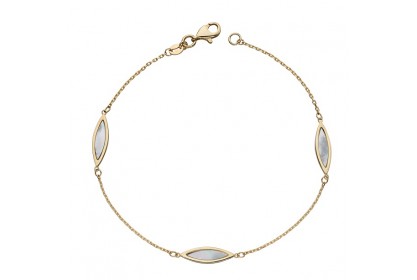 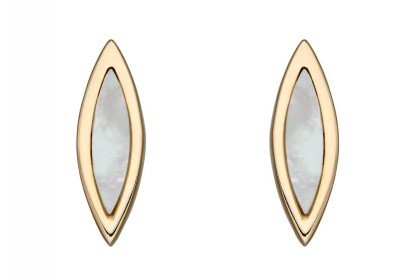 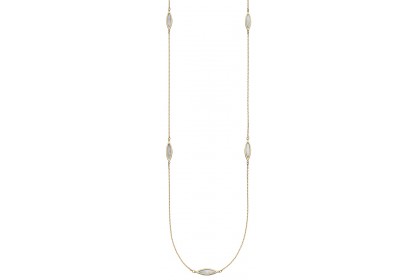